The Great Value of Pastoral Counseling

Pastoral counseling involves a helping relationship between a religiously affiliated counselor and an individual, couple, or family who seek assistance for coping with life. Pastoral counselors include ordained ministers and consecrated professionals licensed in the field of counseling and therapy.

The word “pastoral” indicates that services are provided which are sensitive to the spiritual viewpoints and values of counselees regardless of their faith affiliation. A respect for the faith dimension of human experience is an important contribution of the pastoral counseling movement to the mental health field. Pastoral counseling assumes that a counselee’s spiritual life has value in helping to heal emotional wounds, resolve conflicts, facilitate life transitions, and clarify values and purpose. 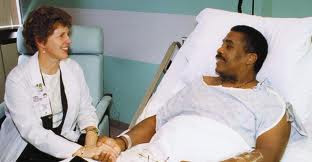 I know of a pastor who has collaborated with the police department in his hometown for over twenty years. Early on they so valued his contributions that they gave him a badge with the title “Police Chaplain.” Over the decades his phone has rung regularly for calls involving domestic disputes.

Pastoral counselors meet a wide range of human needs. For instance, a counselee who is grieving the loss of a loved one; a couple who need premarital counseling or help raising step-children; an individual addicted to substances; a person dealing with adverse work conditions; a parent overwhelmed by young children or adolescents; a family being torn apart by forces they don’t understand; or a person searching for intimacy with God. 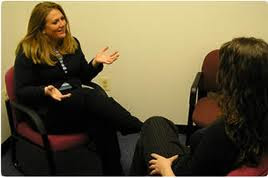 Most pastoral counselors have academic training in addition to religious credentials. These may include the Master of Divinity or Doctor of Ministry degrees, with a specialty in pastoral counseling. If a pastor has not had opportunity to study counseling in seminary, there are excellent Internet and external degree programs in pastoral counseling offered through credible institutions that strengthen competence in counseling. For instance, I offer an online course for 4 CE (Pastoral Counseling: The Intersection of Psychology and Spirituality) through the Zur Institute.

On the other hand, some pastoral counselors meet with counselees on the basis of their religious credentials alone; Biblical counseling, for example, emphasizes helping parishioners respond to a crisis primarily through empathetic listening, prayer, and biblical instruction.

Consecrated mental health workers who work in religious settings or private practice are often licensed as psychologists, professional counselors, or marriage and family therapists. They may work in private practice or band together to form a church-based counseling center.

Personally, I see pastoral counseling as hugely important to the life of the Church and the witness to the community, embodying the truth that God ministers compassionately and wisely to human need, and that anything human is worthy of understanding.

As I approach seventy years of age, I realize I've carried on pastoral counseling for almost forty years. I wouldn't trade a moment of the enriching and inspiring conversations I've enjoyed with several thousand individuals and couples. Lord willing, I hope to keep these conversations going until the day I pass from this earthly life to eternal life with Christ. And then I'll talk over with him the things I learned and the prayers I shared with so many precious people.

For 25 therapeutic techniques that can be used in pastoral counseling, read: 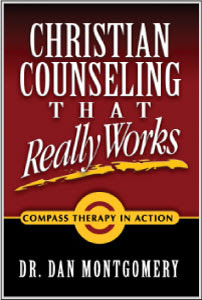 What Makes A Church Successful?

My fifteen years of collaboration with Everett Shostrom, a Stanford research psychologist and psychotherapist who carried out pioneering work in the field of counseling, planted the roots for Compass Therapy in what we at that time called Actualizing Therapy. Our approach combined a health model of personality with an explanatory system of psychopathology. We suggested that actualizing growth fosters maturity, flexibility, and purpose in life, and constitutes a reasonable goal of therapy. Further, that therapeutic gain always involves the integration of polar opposites within the personality and an acceptance of individual differences in relationships.

Historically, Dr. Shostrom had produced the “Gloria” films during which Carl Rogers, Fritz Perls, and Albert Ellis each worked in hour-long sessions with a counselee named Gloria. These films demonstrated the usefulness of showing exactly what happens in counseling sessions so that others can replicate beneficial techniques. Some years later Shostrom and I produced a second film series that featured Arnold Lazarus (Multimodal Therapy), Carl Rogers (Client-Centered Therapy), and Everett Shostrom (Actualizing Therapy) each working with a counselee named Cathy.

In the decades followed I continued this eclectic theory building by developing Compass Therapy, an approach that links together the Self Compass model of personality with operational definitions of psychopathology found in the universal standard for mental health professionals: Diagnostic and Statistical Manual of Mental Disorders. The use of compass-like diagrams made a user-friendly graphical interface that not only highlighted the principles of Compass Therapy, but also allowed counselees to readily understand how to participate more fully in their own transformation.

Though Compass Therapy has distinctions of its own, I was careful to construct an open-ended conversation with other major counseling theories. This partnering philosophy makes Compass Therapy a co-proponent of some of the most reliable therapeutic principles found in Psychoanalysis, Jungian Therapy, Gestalt Therapy, Transactional Analysis, Family Therapy, Existential Psychotherapy, Behavioral Therapy, Cognitive Therapy, and Positive Psychology. Perhaps this accounts for why Raymond Corsini, considered by many as the dean of American counseling and psychotherapy, has described my Compass Therapy approach as a “supersystem” that represents “the therapeutic system of the future.”

What has differentiated Compass Therapy from other theories is the idea that human nature and personality are comprised of dynamic opposites that need integration around the core self, and that action techniques are often required to move people forward in therapeutic progress. Like the alternating AC/DC current that powers an electric appliance, polar opposites in human beings create aliveness and health. For instance, healthy individuals find rhythms between solitude and sociability, activity and passivity, involvement and detachment, and work and play.

It’s when the dynamic movement between polarities breaks down and you get an extended flat line of stasis that people become sick, depressed, or devitalized. Dynamic movement fueled by the rhythmic swings of polar opposites expresses itself in mental health as well. Healthy individuals are spontaneous and flexible precisely because they are alive with new possibilities and passionate about the pursuit of creativity. If something doesn’t work, they try something else. If they are frustrated in fulfilling a goal, they explore novel options. They resist becoming stuck in a one-dimensional life.

Healthy individuals can be loving or assertive, and weak or strong, as a situation requires. Rigid individuals are stuck in chronic behavior patterns that are too loving, too aggressive, too weak, or too strong. If healthy living lets you play the eighty-eight keys of the piano with both hands, then psychopathology makes you play only “Chopsticks” with two fingers.

Compass Therapy's Self Compass as well as the Human Nature Compass offer crucial dimensions for growth of personality and human nature that give a person all eight-eight keys, and unlimited capacity for composing the creative melodies and harmonies required for successful coping.

Understanding the mind, heart, and spirit of the Paranoid Arguer personality disorder lies at the center of treatment success for the Christian counselor.

Paul had this to say about the Paranoid Arguer pattern:
“When you follow your own wrong inclinations your lives will produce these evil results...hatred and fighting, jealousy and anger, constant effort to get the best for yourself, complaints and criticisms, the feeling that everyone else is wrong” (Gal 5:19-20 TLB).

To the Paranoid Arguer, God is only wrathful, quick to anger, and slow to forgive. In what is surely a self-statement, the Arguer hears God saying, “I mete out punishment to those with whom I disagree. I make a point of disparaging alternative views. I issue ultimatums to those not in my will. After all, ‘Vengeance is mine,’ says the Lord.”


But the apostle John replies: “Whoever says, ‘I am in the light,’ while hating a brother or sister, is still in the darkness” (1 Jn 2:9).

Arguers’ independence isolates them from social feedback, so they hear only the marbles rolling around in their own heads. Nothing else is relevant; nothing else matters. Over time their thoughts can take the form of delusions in which they are captains of fate struggling against formidable forces, a theme strengthened by selectively interpreting most stimuli to fit this internal scenario.

Their highest ongoing priority is to maintain freedom in a world of their own making—a mentality that shares much in common with schizoid, schizotypal, and schizophrenic ideation. On the other hand, they share with the histrionic pattern ideas of reference whereby they interpret insignificant or innocuous events in ways that suit their dictates and confirm their suspicions.

WHY?
Compass Therapy suggests this explanation for paranoid Arguers’ stubbornness and vainglorious pride: they have desensitized themselves to the Love compass point as a defense against caring, and to the Weakness compass point, where hurt, shame, and self-doubt are barred from consciousness.
The decommissioning of Love and Weakness reduces their interpersonal connection with humanity to a defensive vigilance against perceived threats. The short-term gain is a remarkable lack of intrapsychic conflict achieved through an aggressive reflex-arc that utilizes the mid and lower brain stem—what I call the “reptile brain”—to create a psychology of hate, suspicion, and retribution. The neocortical functions are recruited to verify these assumptions by sifting for evidence to build a case that other people have ulterior motives.

In every vocation paranoid Arguers vent their malevolence on those under their control. They train underlings to walk on eggshells to reinforce their power over others, criticizing them over nothing as a form of stimulation. And, of course, there is not the slightest remorse for dressing someone down because “if he (or she) had done the right thing, I wouldn’t have had to blow my stack.”

HEALING TREATMENT
Understanding the above features helps the Christian counselor selectively empathize with the pain the counselee has known in life, while at the same time feeding back a certain amount of truth serum about the toxic effects of the paranoid Arguer pattern. While taking care to speak in a diplomatic and non-inflammatory way, you nevertheless remain firm about how pattern recognition can serve the counselee’s self-interest better than the paranoid pattern itself.
You identify with their pride, yet suggest that a realistic integration of both strengths and weaknesses will increase their capability to understand motivation. You temporarily align with their grudges against others, while suggesting that this narrowed perceptual field creates a vulnerability all its own. You compliment their no-nonsense realism, while delicately pointing out that the reason they are in marital therapy (or some other difficulty) is related to a general lack of empathy and caring.
Over time you construct the mental possibility that the world might be a friendlier place than they assume, and that other people could find them interesting and attractive if they’d quit baring their fangs. Many paranoids are genuinely surprised to learn that there are people in the world who want to like and love them, but have never been given the chance.

Posted by Dr. Dan Montgomery at 5:43 PM No comments: